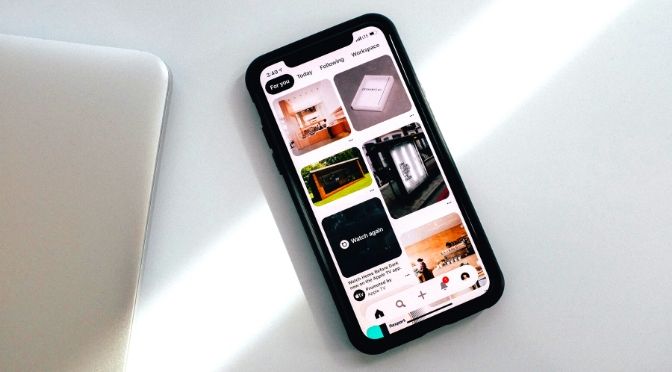 If you’ve ever searched for ‘how to increase blog traffic’, you’ll have heard about Pinterest.

For a good four years, you couldn’t move in the blogging world without someone selling you a Pinterest course.

This is not a Pinterest bashing article. Pinterest can be an incredible way to drive traffic to your blog, but it is a skill you’ll need to learn. It’s not easy, and it takes a lot of time. Time that I think is better spend writing great content.

You hear a lot about how Pinterest is a search engine not a social media platform, but actually, it’s not that good at being either.

I LOVE Pinterest, as a user. But I don’t like the way it’s heading. I used to like it when I could select a category ‘home decor’, ‘women’s fashion’, and my personal favourite, ‘everything’ BUT THEY GOT RID OF THAT.

Pinterest is right in the middle of an identity crisis.

At first, it was a place for everyone to pin cute hairstyles and subway tiles.

Then it became the darling of the bloggers and seemed to love all the attention, bringing in group boards an all that stuff.

Then when Pinterest realised that bloggers were using third party scheduling tools to hack the system, it bit back, leaving hundreds of bloggers with disappointed and angry course members.

Some bloggers actually seem to have sold their courses to third parties so they’re on longer in charge of updating them.

Pinterest wants you to stay on the platform. It wants you to actually use Pinterest. What constitutes spammy behaviour can be as simple as pinning 20 pins in one day. And no Pinterest is banning accounts with no reason.

Imagine Pinterest driving 100% of your traffic and then being banned. Not great.

Why is Pinterest such a popular way of driving traffic to websites?

Because it gets results, if you put the time in.

Not only that, but you can pay to bulk-schedule your pins. Some people hire VAs to manage their Pinterest accounts, which is definitely something I would look into when I have the money to spare.

You can also get traffic quickly. My website gets about 30k pageviews per month, 8 months after I started it.

But it got 0 for the first three months, and I worked on it constantly. That’s just the way Google works – you have to earn it’s trust.

Pinterest not only doesn’t give a shit how old your site is, and it couldn’t give two hoots about your content. How often do you click on a pin to find it leads to spam, or redirects to an unrelated domain?

Pinterest is also the king of vanity metrics. If you add new pins daily, you can easily get you monthly viewers into the multiple thousands in a few weeks.

It looks and feels so good to see a big number on your profile.

But it doesn’t mean anything other than other people have seen stuff you pinned.

I do use Pinterest, and every one of my blog posts does have a pin, but that’s more because I want to have them available for sharing, and I do get some views from Pinterest, since I share every post there.

There’s also a chance that Pinterest will update its algorithm to actually check content, in which case, I’ll be all ready to go.

There is no way to get round the time it takes to do well on Pinterest.

I’ve used Tailwind. I’ve taken out two subscriptions in the past, because I truly believed it was the only way to get traffic.

And when it didn’t work, I thought there was something wrong with my content, when my content was fine – no worse than some of the other stuff out there.

Content doesn’t matter on Pinterest, which is the only bit I really enjoy doing – I starting blogging because I love writing, but I couldn’t get any traffic, even with £200 spent on Tailwind and £200 spent on a course.

Even filling up Tailwind takes a long time. I have a manual Pinterest strategy that does work, but it requires spending about an hour a day creating pins, and I don’t have time at the moment – I’d rather write articles.

The problem here isn’t regular Pinterest users, unless your article immediately turns them off.

The problem is that a lot of the people that click through to your pins are other bloggers looking to pin your post without reading it.

This can lower dwell time, and it can make you think there’s something wrong with your content – why is no one sticking around? – when in reality your content is good, it’s just the people clicking through don’t care about it.

If you have a few different traffic sources, this absolutely isn’t a problem, but you can end up with very strange analytics if your traffic is 100% from Pinterest.

Only a few niches do really well on Pinterest traffic. Most of the time Pinterest users are only looking to pin pretty pictures; they’re not looking to read an article.

If your niche is DIY or recipes, Pinterest could be amazing for you, but there’s also a lot of competition.

They also want to improve user experience all the time, and they’re notorious for making constant tiny tweaks to the algorithm which can derail your whole strategy.

It really depends on your niche.

Everyone has a different experience with click through rates in Pinterest. I get a lot of people repinning my pins, but not many clickthroughs, which suggests that my pin design is fine, and a lot of people like the idea of house plants, but don’t actually want to learn about them.

This is useful information, and I get maybe 15 page views a day from my (extremely) minimal Pinterest strategy.

Why I take the time to create Pinterest pins

I have faith that Pinterest wants to be a search engine.

They’ve spent the last few years experimenting with various aspects of other social media platforms, and the latest updates are making me think that they have a new idea – making an improved version of Instagram. They’ve got a story feature in beta atm.

Also, if you’ve ever tried to search for something on Instagram, you’ll be aware that it’s a fucking nightmare. Whilst Pinterest is nowhere near as good as Google at vetting actual content, it’s pretty good at finding specific images.

Pinterest hasn’t quite gotten into it’s groove yet, but it’s always working on trying to improve. Also, for the sake of taking a couple of minutes to create a pin, I do get a few views.

If you can afford a Pinterest course and Tailwind, then be my guest. I’m not saying that they’re bad, or that they don’t work, just that they’re not as easy as all those bloggers with courses to sell and Tailwind affiliate codes will tell you.

Most of us will have full time jobs – a lot of bloggers do their blogs full time, so they can easily schedule in a few hours to pin. That’s hard to do whilst also creating content, so i think it’s better concentrate on writng.

It’s also much easier to develop a Pinterest strategy if you have a Pinterest VA to do all the grunt work for you.

If you can outsource it, great. But if you can’t afford to, I would recommend sticking to creating a Pinterest business profile, and adding each of your pins to your profile.

Pinterest traffic to be of a lower quality than Google traffic simply because of the number of bloggers trying to leverage it.

If you want to get high quality Pinterest traffic, I would concentrate on trying to use Pinterest as a non-blogger that was interested in your niche would.