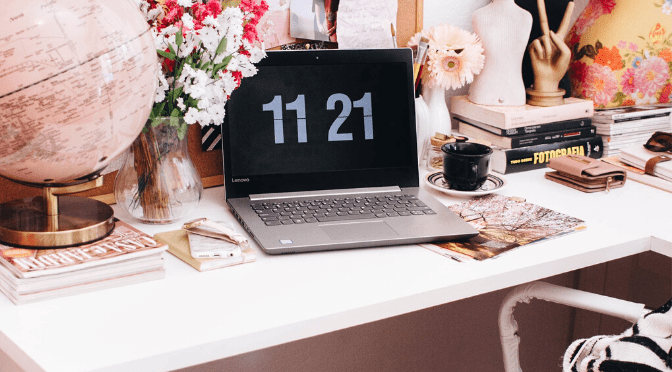 I only started using Reddit last year, and it’s probably been one of the most useful social media platforms I’ve found.

You see, Reddit isn’t about building a following or creating a brand. You don’t need to curate an idealised version of yourself – the whole point is that it’s anonymous. If you get caught dropping links without being asked, you’ll be met with stony silence.

How to use Reddit to drive traffic to your blog

Don’t think of Reddit as being a way to drive massive amounts of traffic. Instead, use it as way to help other people. Your website is a resource that you can point people towards IF THEY ASK.

There are a lot of people that default to sneaky tactics – asking people to go and look at their blog because they think it’s crap, when really they’re just fishing for compliments.

That being said, there are a couple of things you can do to improve your chances of getting traffic from Reddit. Be sure to manage your expectations – you might be asked to drop your link twice a month IF you’re active on relevant subreddits, and even then, there’s no guarantees of more than a couple of clicks.

Set your username to the name of your website, so that once you’re ranked, if anyone on Reddit asks for your link you can get them to just google your user name.

Sometimes they’ll Google it without even mentioning it to you.

Don’t post on sub reddits unless you know what you’re doing. The community can be harsh, though it does vary a lot from niche to niche. Concentrate instead on offering value.

Help total newbies that everyone else is sick of and ignoring.

Go the extra mile to Google the answers to questions no one answers, and ask anyone that posts something cool to cross-post into a subreddit that you think would appreciate it.

In short, make people like you by adding value.

Probably. There’s a subreddit for most things. Start your own if not.

The demographic on Reddit tends to be predominantly millennials, I would say about 70% male. You know, too old for Tik Tok, too young for Facebook, and kind of still miss MySpace.

No one will click your linjk, no one will upvote you, and no one will comment. If they do, it’ll be something along the lines of ‘fuck off spammer’.

I’m in a few blogging subreddits and DEAR GOD some of the questions. Variations of enquiries such as:

How to do I start a blog that I can configure so that it runs automatically and I can generate a totally passive full-time income in a couple of months? My budget is $20.

Dude, if we knew that, we’d be drinking champagne out of a supermodel’s bellybutton on a yacht somewhere, not lurking on Reddit.

The same happens in personal finance:

I quit my job today so I can work online. How can I replace my full time income in a month?

If you didn’t already know, you can’t. Not unless you have some serious marketing skills and are a natural born hustler. And if that were true, you wouldn’t be asking Reddit strangers for advice.

Like a social media platforms, any links you leave on Reddit are nofollow, so won’t give you link juice. Although Google sometimes chooses to follow nofollow links, so you never know.

In general, it’s unlikely that Reddit itself will have an impact on your SEO. However, the community aspect could lead to your forging a relationship with a blog owner that will link to your website from theirs.

I’m not advising that you make Reddit a vehicle for getting backlinks – it’ll be impossible to not come off as spammy. I’m just saying that it could be a place to happen across networking opportunities.

A lot of people have a lot of success with posting long form content on Quora, but I use it the same way I use Reddit, just not nearly so often.

Reddit and Quora can be a great way to find out what questions people are asking in your niche – it can be a treasure trove for keywords. It can also be useful for product development – can you spot any gaps in the market for products? Could you combine the functionality of two separate products into one?

Subreddits tend to attract experts and beginners, so it can be a great place to both learn from people who are more experienced than you, and help out any beginners and guide them to your site (in a non-link dropping way).

My experience with using Reddit to grow my blog

I love Reddit. The house plant community is massive on there and much nicer than a lot of other subreddits.

I’ve learned a lot from people with more experience, but I’ve also helped identify a thousand Golden Pothos because some people use Reddit as a slower, meaner, alternative to Google.

I’ve had some traffic from Reddit, but that’s not why I use it – it’s more for research.

I’ve also learned a lot about the mechanics of blogging – how to speed up your website, how important backlinks are, and how you can tweak your blogging strategy to play to your strengths. I like to write, so I write a lot.

Once I’d learned how to find what people were looking for, I write it. That’s pretty much my whole strategy!

Final thoughts on how to use Reddit for blogging

Unlike Facebook or Instagram, I would encourage you to scope out Reddit if you haven’t already. There’s just too much great information on there – even if you just join r/juststart, r/SEO, and r/blogging.

I scroll through it on a morning and answer any questions that I can. I also make notes on any questions that crop up regularly and check whether I’ve already written about them on my website, or if it needs to be researched further.

It’s the easiest form of keyword research you’re going to come across, and it’s FREE.